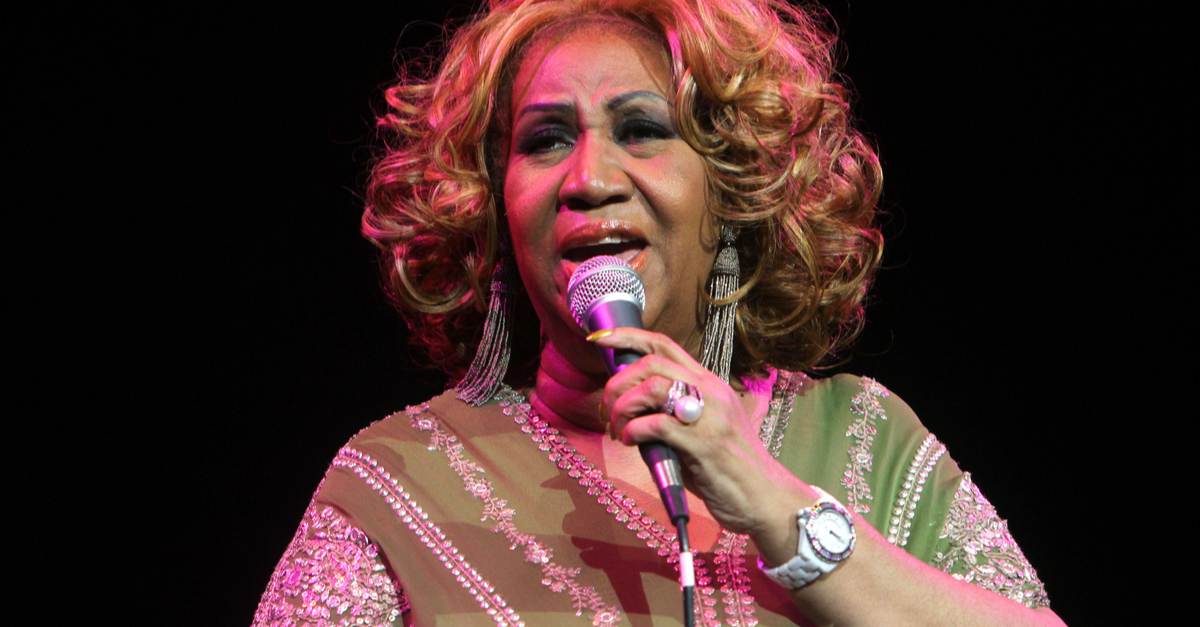 The date, August 16, 2018, is the date the world lost the beloved music icon, Aretha Franklin, known to her adoring fans worldwide as the Queen of Soul, to the ravages of pancreatic cancer. Her fame is attributable to her rendition of the song, “Respect,” which was released in 1967. In the original 1965 Otis Redding version, it was about a man coming home after a long day of work and expecting respect from his woman. Aretha took it upon herself to alter the song adding the famous “R-E-S-P-E-C-T” spelling done in the chorus.

Aretha once stated, “We all require and want respect, man or woman, black or white. It’s our basic human right.”  But, the Queen of Soul should have given more R-E-S-P-E-C-T to her estate planning. When she died it was shockingly reported that she had more than one will and that they were handwritten.  Thus far, three completely different wills have reportedly been found, including one stuffed unceremoniously under seat cushions. That should not be the location of such an important document. Each one of these handwritten wills has been submitted as part of the probate process to see if any of them will hold up in court.  Listen to and enjoy her songs, but you most certainly should not follow her lead regarding your will.

In the wake of her untimely passing, audiences ask, “What would make her not create a will?” Perhaps she could not bear the thought of her own demise. Or maybe like so many others, she suffers from the societal impact and reality of being an African-American never fully gaining in-depth knowledge of financial literacy. In fact, roughly “70% of African-Americans have no will or estate plan in place,” according to the founder of Black Enterprise, Earl G. Graves Sr.

Obviously, she had the money. Her estate is worth in the neighborhood of around $80 million. As an unmarried woman in the state of Michigan where she resided, her estate automatically transfers to her four children who survive her. They will each receive an equal share. Without a will, Franklin never appointed an executor to dispense her assets. A Michigan court now has the arduous task to undertake as they distribute the money to her heirs.

Aretha’s actions — or lack thereof — could conceivably cost her heirs tremendous amounts of money in legal fees, not to mention countless hours of time and the inevitability of family strife. Moreover, the ultimate court decision regarding her estate may not be consistent with her wishes. To avoid all of this unpleasantness during this period of grief, the first thing on your agenda: formalize a will. Surprisingly we are seeing an expected pattern in celebrities dying without a will which is known as dying intestate– that happens to many who forego planning as their life reaches a more mature period.

Under no circumstances should you sit at your desk and prepare a handwritten will. Spend your money wisely and hire an estate planning attorney to ascertain that everything is done correctly and that it fulfills your wishes. Remember that your will requires witnesses and/or is notarized. It is not advisable to merely download a form from the internet; hire that estate planning attorney. The attorney can save your heirs a fortune in additional legal fees down the road. Also, review your will at least annually to ascertain that it accurately reflects your current wishes and everything is consistent between the will and other documents, like beneficiaries listed on any insurance policies. Next, make sure your heirs can locate the will. You should not be feverishly hunting in every nook and cranny for this vitally important document. Furthermore, Aretha’s handwritten wills may not be the last ones she wrote. This is not an uncommon mistake. Experts agree that not being able to find the will at all is one of the most serious estates planning mistakes people experience.

Finally, your loved ones should be involved as you prepare your wishes. Aretha’s loved ones didn’t know her wishes and now that will likely be costly in terms of time, money and burdens. We may never know why the Queen of Soul failed to designate who her fortune is left behind. We can only guess that death makes most of us uneasy. The key takeaway from Aretha Franklin’s death is that it is never too early to strategize your assets and avoid unnecessary hassle.